Once upon a time (BD = Before Digital), photography was mainly done in B&W because a photographer could produce prints in a dark room (bathroom, basement, dedicated space) using a system of light-sensitive films, papers, and chemicals, as opposed to color prints which were a lot of work, and a commercial lab gave better results.

Then washing off the unexposed or unaffected silver particles, and then printing a ‘positive’ of the image by shining a light through the negative onto paper coated with more silver particles (silver bromide). Later, the silver particles were applied to the film in three dyed layers – cyan, yellow, and magenta (you can make any color from combinations of these) – and special papers and processes produced color prints or slides from these negatives by separating each layer using colored filters and printing it.

Okay, enough history. All you want to know is how to take cool digital pix. Right?

Know your camera. The shiny round bit is the lens and you should aim it away from you at whatever you want to photograph unless you’re doing a self-portrait you should read the manual that came with the camera – at least twice. These are written by people with college degrees who do their best to make the information simple.

It’s important to read the booklet with a dictionary beside you and the camera in front of you. Use the dictionary, don’t guess at the meanings of words. Don’t hurry past the first pages.

Touch the camera and all its parts. Turn it on and off. Then read on. Work through the settings. Take lots of test shots. Try out everything. Then take some shots and read up on what you had a problem with.

What ISO setting should you use? First up what does ISO mean? It just means International Standards Organization. This is a private organization that decided it would give numbers to things like the light sensitivity qualities of things.

Films used to be rated according to ASA (American Standards Association) – they changed their name about the same time as the world’s silver prices crashed when digital hit. Low light means you want more sensitivity (high ISO setting), bright light means you need less (low ISO setting). But you can immediately forget all this blather, the auto setting is usually fine.

Autofocus versus manual focus. Most cameras have a good auto-focus system that only gets confused if you have several subjects at different distances from the camera. Then you can hear it going quietly insane while it keeps jumping from one to the other…whirr…whirr-whirr…whirr…

If you want to focus on a specific object in a scene, or you want something in the foreground in focus but the background out of focus just do this. Aim the camera at the thing you want to be in focus and depress the shutter button halfway.

This locks the focus so you can then frame the shot while keeping the shutter button half depressed.

When you have the composition right you can then shoot by depressing the shutter button all the way. Or switch the auto-focus off and manually focus.

Auto Exposure versus Manual Exposure. Most cameras read the light in the middle bottom half of the scene because usually, that’s where the landmass is (or where the sky isn’t). You can do the same with auto-focus, depress the shutter to lock that exposure or use the little button on the camera. What little button? Read the manual!

The display screen. This is NOT there to look at while you compose and take the shot. Real photographers use the viewfinder because it’s more direct, accurate, and intimate and doesn’t look as dumb and as ostentatious as standing there with your arms outstretched.

This screen is there for checking your shots (although it’s better to do that through the viewfinder if you can), reviewing what you’ve taken, deleting duds, and changing settings. If you want to run down your battery fast, keep using the display screen for composing the shots.

The shutter button. It’s around there somewhere… Most cameras have a half-depressed shutter position for checking focus, exposure, shutter speed. It’s a good idea if you are watching a scene, or shooting action, to keep the shutter half-depressed so the moment doesn’t escape because you fumbled.

This won’t matter much until you’re in low light when the shutter speed can slow down below 1/60th of a second. From here on down you will get camera movement, blurring when you depress the shutter. Some digital cameras have anti-shake systems that help solve this. 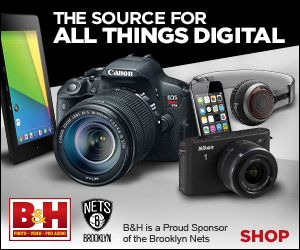 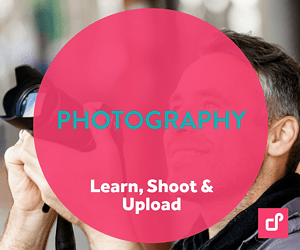